Fact is that WA is famous for its winter winds, arguably the most consistent winds the world during the summer months, no more so than up here in the North West where we are blessed with strong consistent winds between September and March….

But What about outside of these months? we often get asked about winter kiting and whether its worth bringing kiting gear up so I though I’d write up a little info on what to expect over the winter months…

Just a heads up, if you have the option and are planning a specific kiting trip then the September through to March is where its at, with November being by far the most windy month. This is more a short guide for crew who are coming up anyway for all the other activities and want to score session over winter….

Winter gives us a mixed bag of wind with the most consistent wind being our South Easterlies which offer up some great sessions in the Gulf and along the Eastern side of the cape. These SE winds are very different to our summer winds in that we really need to see a strong forecast to get good wind, realistically a forecast less than 20 knots is normally not great unless you want to foil or are happy in super light winds. You also need to get used to kiting in the morning over the usual afternoon sessions, The SE winds ramp up at around 8am and normally fade to nothing by 11am. When looking at the Seabreeze graphs you really need to be seeing green arrows from the SE.

Tide is something that plays a big factor in Kiting over winter. Town Beach is probably the most popular spot fro SE winds but gets very shallow on big tides, we won’t use this location for lessons unless the have over 1metere of water, at 0.4 there pretty much won’t be any water for kiting, to get the most out of the lower tides you can head South toward the Marina but be aware of the gustier wind.

IMPORTANT NOTE – DO NOT SET UP, LANCH, LAND OR KITE between the roped off general use area on Town Beach, we have very few restrictions in Exmouth but this is one… PLEASE go either North or South of this area…..

If there is no water at Town Beach you might want to head a bit further North and have a look at Bundegi, generally not so good for beginners as there is more traffic, boat moorings and general obstacles to come unstuck on.

North East winds are very hit and miss but can create some nice sessions, harder to predict, even though a forecast will call it blowing all morning they rarely kick in until around 10am and don’t last too long. Really not advised for beginners as it can be very onshore in the GULF, more experienced kiters can check out kiting the Westside at Wobiri being careful to ensure there is enough North in the wind to ensure its not offshore, this is where we get most of our winter desperation wave kiting sessions… NOTE Wobiri on a NE is not for inexperienced kiters….

If your keen and want to get out I’d say on average during winter you’d expect 4 days a week of kitable wind, normally in a pattern of 3-4 days straight SE with a break in between of nothing.. If you have a FOIL and are keen on light wind you’ll be surprised just how often you can get out over our ‘off season’….

Hope that helps answer some questions on Winter kiting… May would have to statistically our most windless Month of the year but as I write this we’ve come off the back of 4 days kiting wind from the SE and NE….. Bring your gear, cross your fingers and hopefully enjoy conditions that most places in the world would kill for :-))))))))) 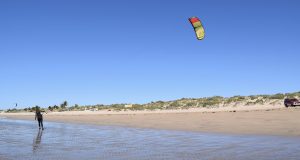 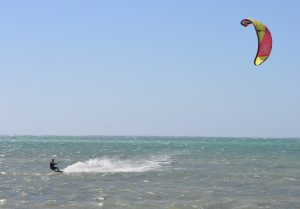